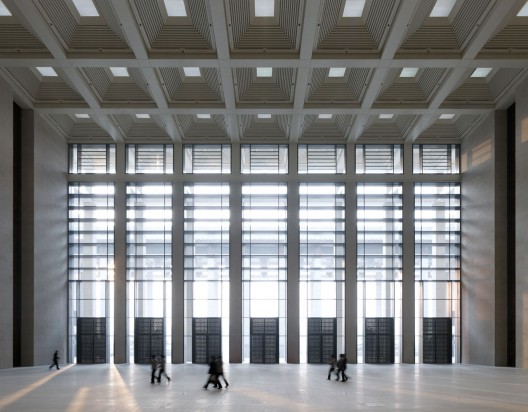 © Christian Gahl
The reconstruction and extension of the National Museum of China in Beijing merges the former Chinese History Museum and Chinese Revolutionary Mu-seum. Originally completed in 1959 as one of ten major public buildings in Tiananmen Square in the immediate vicinity of the Forbidden City, the struc-ture is still a milestone in modern Chinese architectural history. Elements of Chinese architectural tradition blend with a western, neoclassical architectural idiom.

elevation 01
Eleven international architectural firms were invited to take part in the competi-tion for the reconstruction and extension of this building, which was won by architects von Gerkan, Marg and Partners in association with CABR, Beijing. In October 2004, gmp and CABR were commissioned to do the job, ahead of a field that included Foster and Partners, Kohn Peddersen Fox, OMA and Her-zog & de Meuron. 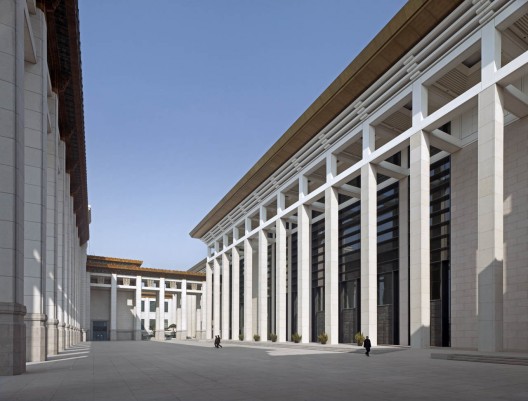 © Christian Gahl
After prolonged discussions with the client, the design scheme was revised in order to attune the new museum building harmoniously to the external look of the old building, while ensuring old and new were nonetheless distinguishable from each other. The echeloned roof typologies of the buildings in Tiananmen Square and the Forbidden City were thus echoed in the new building, though differentiated in detail and material. 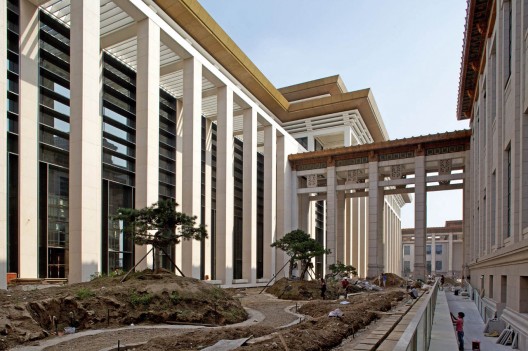 © Ben McMillan
In the same way, the colonnades and window styles typical of the existing building were translated into a contemporary formal idiom. The final scheme was finally confirmed in 2006, and was under construction since 2007. The reconstruction of the northern existing building was completed in summer 2009, and the completion of the whole scheme was in Spring 2011. 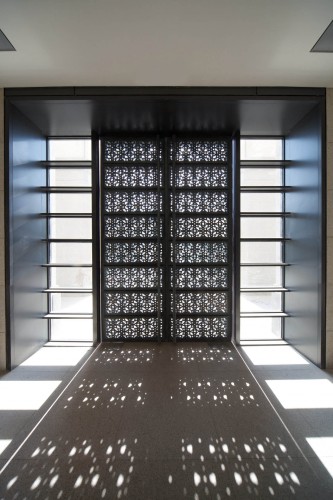 © Ben McMillan
The 191,900 m² National Museum is the largest museum in the world, its purpose being to act as a showcase for the history and art of one of the oldest cultures of mankind.