Spomeniks Will Not Die 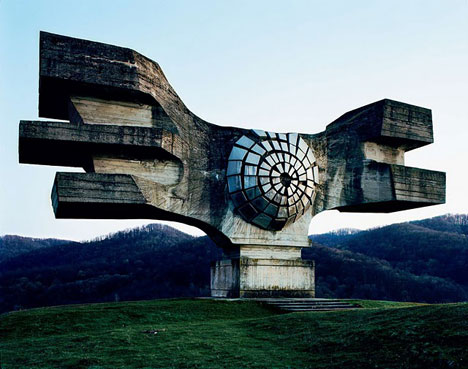 When these structures first began making the blog rounds a couple of years ago I initially dismissed them as too ugly to cover. Now that the photos are experiencing a re-Tweeted resurgence, I still find them ugly but now find I cannot take my eyes off of them. 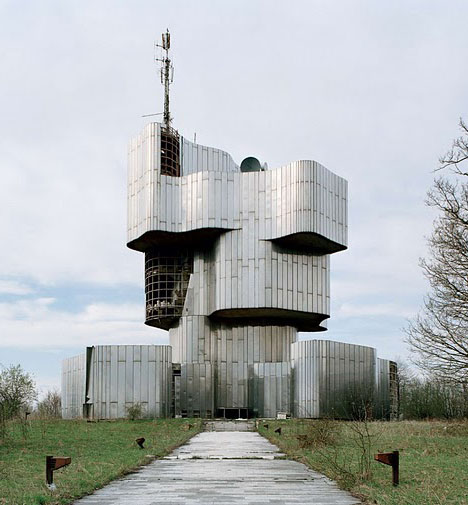 So what are they?
They're called Spomeniks, and they were shot by Dutch photographer Jan Kempenaers: 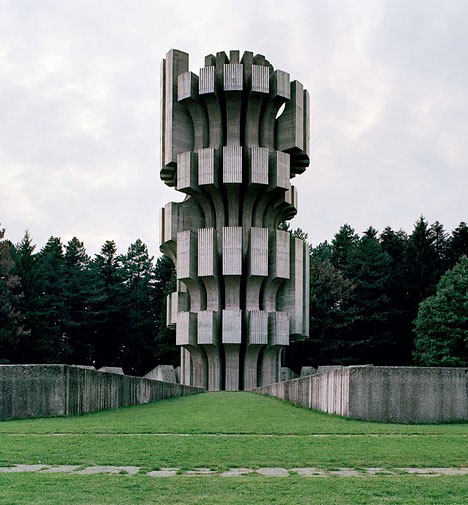 [Spomeniks are] monuments erected by the communist regime of former Yugoslavia.... Commemorating the common traumatic experiences during the Second World War and the partisan battles, these monuments were intended to provide the people of Yugoslavia with a common history and identity that would be productive in its future evolution. However, in the late twentieth century, these landscapes were torn by nationalist and ethnic violence and their monuments are now neglected. The idea of progress has been buried under the weight of history and the monuments, which were once machines of sightseeing and (photographic) image production, have become obsolete and invisible. Notwithstanding their futurist designs and their space age associations, these monuments have become modernist variations of the Romantic ruin - another preeminent icon of the picturesque. 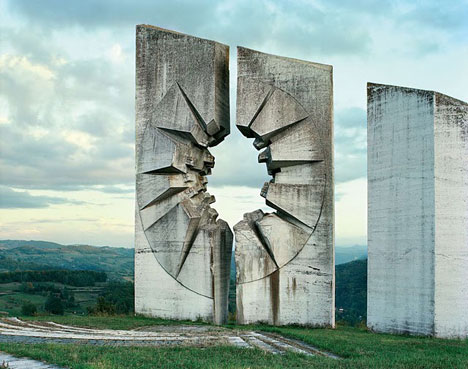 The description above is from an abstract from the Flemish Institute for Visual, Audiovisual and Media Art on Kempenaer's work. Kempenaer released a Spomenik book containing these images and others last year. 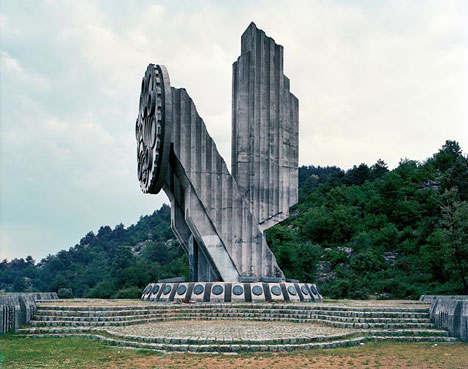