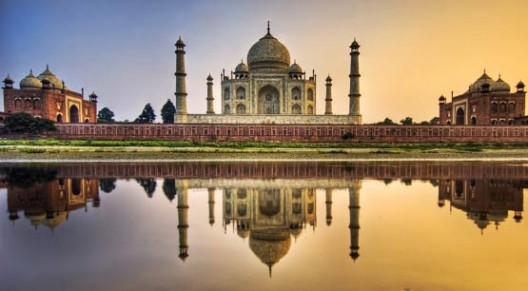 Easily one of the most recognizable buildings in the world, the Taj Mahal’s harmonious integration with its environment makes it a prime destination for many. Completed in 1648 as a mausoleum for Shah Jahan‘s late wife, Mumtaz Mahal, it stands as a symbol of eternal love as its history and beauty never fail to captivate the heart.

More on the fascinating history of the Taj Mahal after the break. 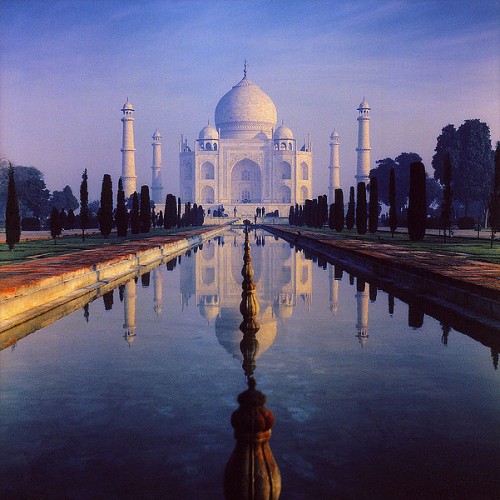 More than twenty thousand workers were hired to complete the masterpiece that is the Taj Mahal, from its grand exterior to the most intricate details of the interior spaces. Construction began in 1632 and continued persistently until 1648 when the principal mausoleum was completed and the other surrounding buildings started. It wasn’t until five years later that these and the gardens were finished. 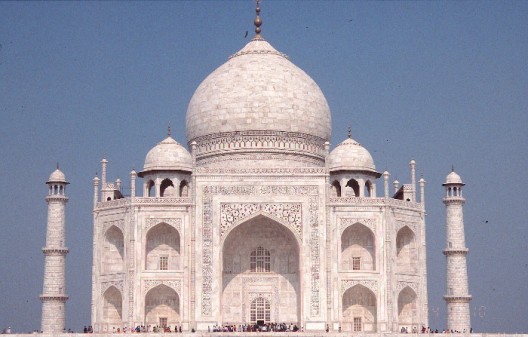 The Taj Mahal is a perfect representation of the Mughal style, which fuses architecture techniques of Persian, Islamic and Indian styles. This connection can be easily made, as the red sandstone and white marble materials are classic to the Mughal style. The most recognizable aspect of the complex is the tomb; standing on a square plinth, the structure consists of a symmetrical building with an arch-shaped doorway, or iwan, topped with a large dome and finial. These basic elements are Persian in origin. 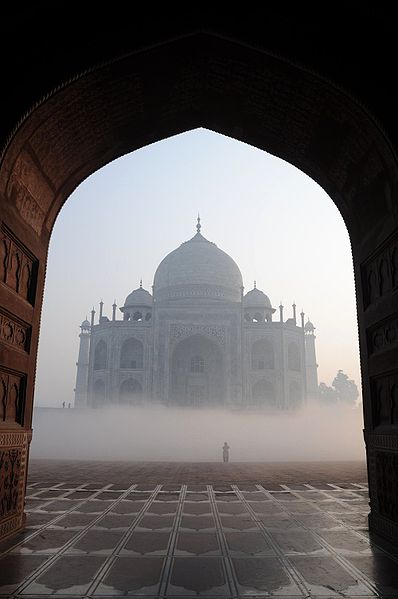 The multi-chambered cube has chamfered corners, which creates an unequal octagon that measures about 55 meters on each side. All four walls frame the iwan with their vaulted archways, or pishtaqs. The boundaries of the white marble tomb are framed with four minarets, one at each corner. Designed to be functional minarets, they are traditional elements of mosques that call Islamic faithful to prayer as they stand more than 40 meters tall. In the event that the minarets collapsed, they were designed and built to fall away from the tomb. In the main chamber, false sarcophagi of Mumtaz Mahal and Shah Jahan can be found, and their actual graves rest lower into the ground. 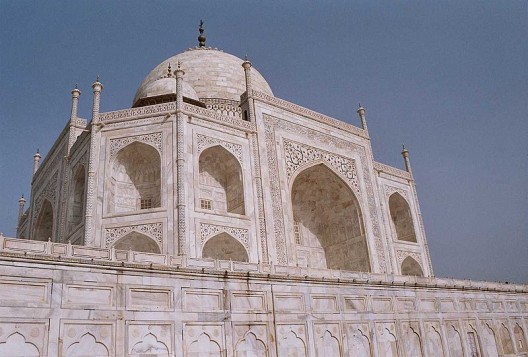 The most distinguishable feature of the structure is the marble dome, with a height around 35 meters, that sits atop a cylindrical drum roughly 7 meters high. Decorated with a lotus design, the top of the dome is accentuated which makes it appear even taller. This shape is replicated in the four smaller domed kiosks at the corners, with bases that open to provide light to the interior of the tomb. Spires that are tall and decorative extend from the edges of walls of the base, which also emphasize the height and repeat the lotus motif. 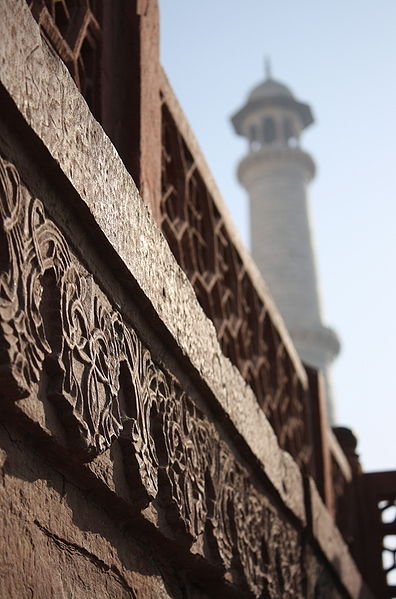 Evidence of the thousands of craftsmen and workers that were used to build the Taj Mahal is found in the detail of the surface area, which is related proportionally on every scale. With elements varying from paint, stucco, stone inlays and carvings, they are used to represent calligraphy, abstract forms and vegetative motifs. Passages from the Qur’an are also used, specifically ones that refer to themes of judgement. 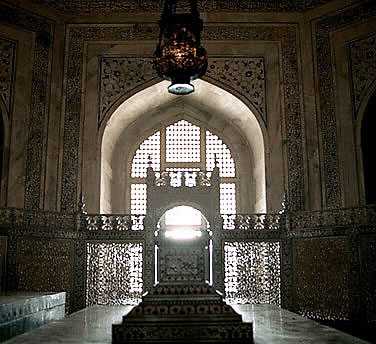 It is hard to believe that the interior can be just as captivating as the exterior, but the inlays of precious and semiprecious gemstones and the detailed carvings tie the astonishing experiences together, creating a harmonious and somewhat religious encounter. The space is defined by eight pishtaq arches, which form four central upper arches. These become balconies and viewing areas, with exterior windows featuring marvelous views and intricate screens cut from marble. Light enters through these windows as well as through openings in the corners of the roof. 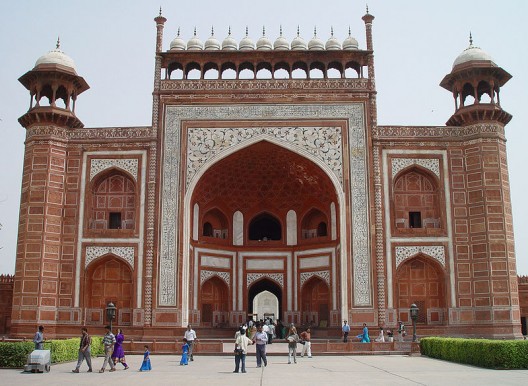 The Mughal garden is divided into 16 sunken flowerbeds, surrounding a central reflecting pool on the north-south axis. Typical gardens were designed with the tomb or pavilion in the center, so the Taj Mahal is unusual in that the main element is located at the end of the garden. At the other ends of the garden are the mausoleums built for Shah Jahan’s other wives, as well as one for Mumtaz’s favorite servant. Composed mostly of red sandstone, these were more similar to the Mughal tombs of the era. These two grand buildings are open to the sides of the tomb, and are mirror images of each other. One is a mosque, and the other is used as an architectural balance and possibly as a guesthouse. 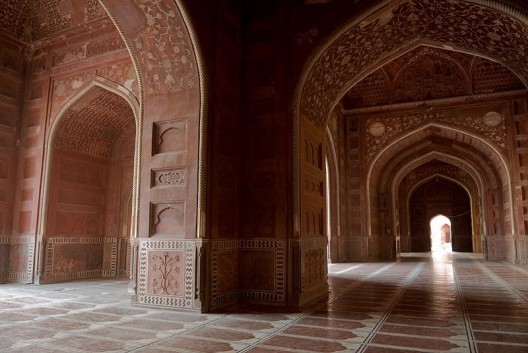 Shah Jahan described the Taj Mahal in these words:

Should guilty seek asylum here,
Like one pardoned, he becomes free from sin.
Should a sinner make his way to this mansion,
All his past sins are to be washed away.
The sight of this mansion creates sorrowing sighs;
And the sun and the moon shed tears from their eyes.
In this world this edifice has been made;
To display thereby the creator’s glory.

In 1983, the Taj Mahal became a UNESCO World Heritage Site.