Laser-Cut Skallops; House of Cards in the Digital Age 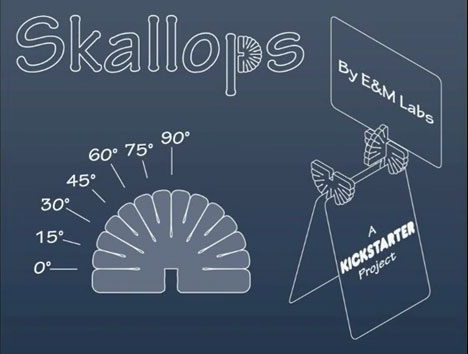 Bay Area designers Evan Murphy & Michael Wood—a.k.a. E&M Labs—have recruited their friend Marshall Grinstead for "Skallops," their latest Kickstarted toy.
Drawing on the traditional "house of cards," their new toy extrapolates on the use of a standard playing card as a structural member for an infinitely expandable building toy, where Skallops are laser-cut connectors for the cards. 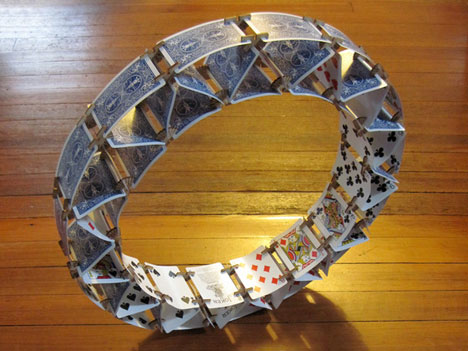 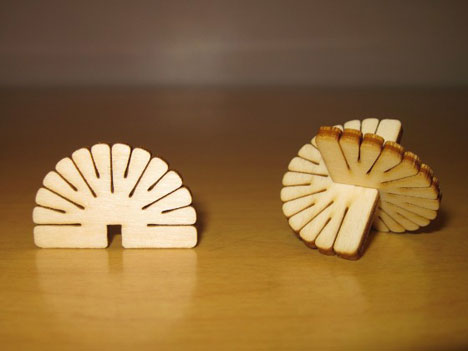 Insofar as it's a fairly straightforward concept, the video features the three creators in their Menlo Park shop, as well as a handful of projects:

As with the Trebuchette, the project was fully funded by the time we got around to Tweeting about it, though this time around, potential backers (card sharchitects?) have the rest of the month to get their hands on a set of Skallops. (With the success of their second effort, the Bay Area designers are on their way to becoming the next Studio Neat or Scott Wilson... of laser-cut toys, as opposed to iDevice accessories.) 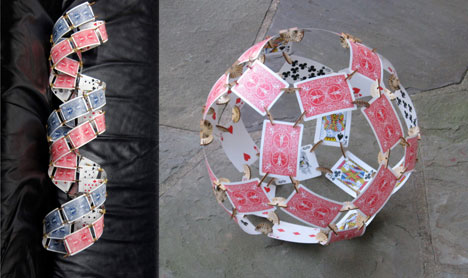 It's also a clever way to upcycle those old packs of cards that are just a few cards short of a full deck... we'd wish you luck but looks like you're already all set, so keep up the good work! 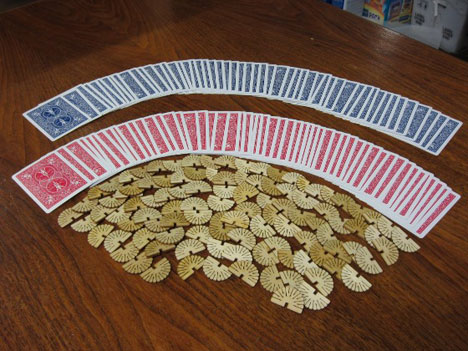