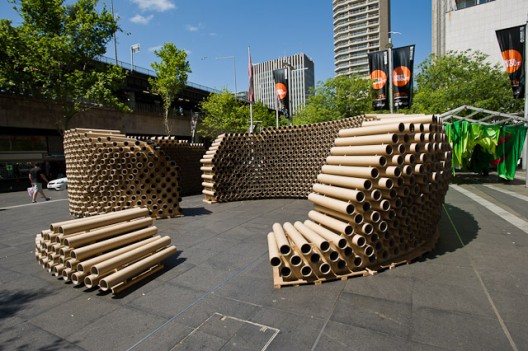 Courtesy of CH4 Team
Architecture students from UNSW’s Faculty of Built Environment have given Sydney a new take on sustainable construction by building a pavilion made from 2000 recycled cardboard tubes in the heart of the city. More images, information and a video after the break. 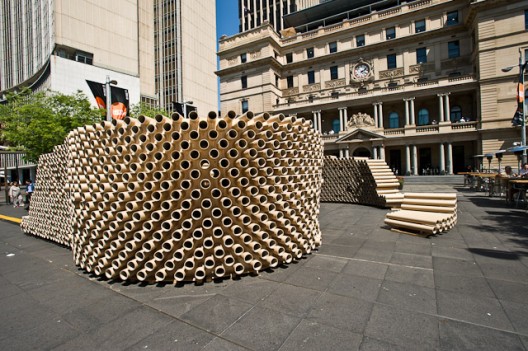 Courtesy of CH4 Team
The completely recyclable pavilion was erected in the Customs House forecourt at Circular Quay for the CH4 Competition, part of the Sydney Architecture Festival.
Queenie Tran, a third-year architecture student and one of the team leaders, said the pavilion, constructed of cardboard tubes held in plywood frames, was first assembled at the Tramsheds on UNSW’s Randwick campus before being broken down and transported into the city for a one-day reassembly for the festival.
“The brief we were given by the Government Architect was to create an event space that uses renewable materials,” she said. 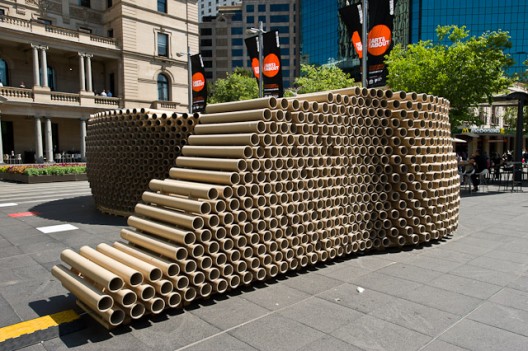 Courtesy of CH4 Team
The CH4 Competition, which includes designs from other teams, is a new addition to the Sydney Architecture Festival program this year, introduced to showcase the talents of student architects.
Chris Thorpe, a third-year architecture student and one of the designers of the pavilion, said the structure would have a life beyond the October 31 closing of the exhibition – although the nature of that afterlife was yet to be determined. 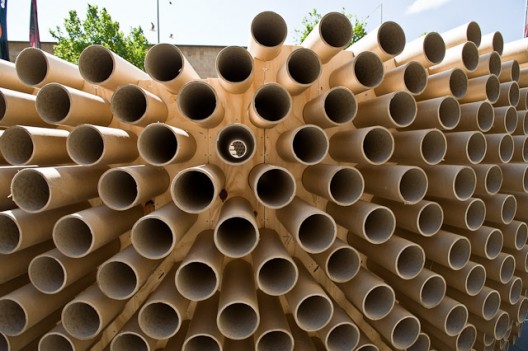 Courtesy of CH4 Team
“We don’t know for sure yet but the company that produced the tubes may be able to reuse them as cores for rolls of floor covering, which was their original purpose,” he said.
“It depends on the condition they’re in at the end of the exhibition. They may also be recycled into paper.”