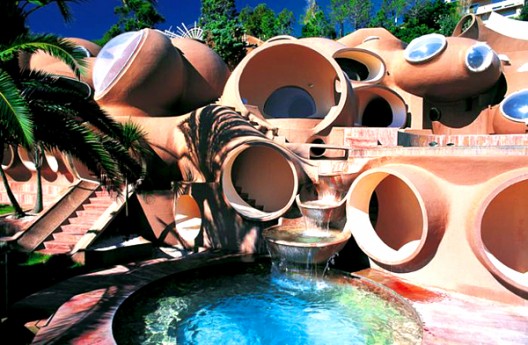 Fittingly named Palais Bulles, or “Palace of Bubbles,” this residence represents the fundamental ideas of architect Antti Lovag, who views architecture as a “form of play- spontaneous, joyful, full of surprise.” Built in 1989, it rests on a rocky cliff overlooking the Mediterranean Sea.

More on Palais Bulles by Antti Lovag after the break. 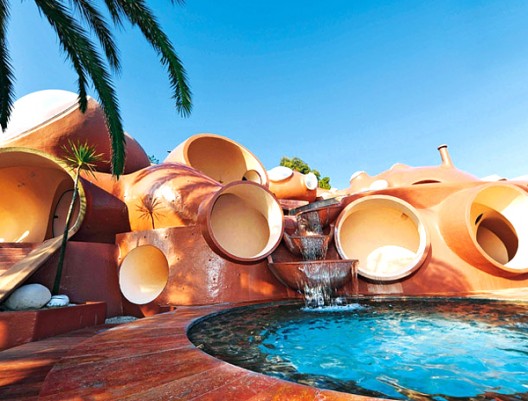 Also known as the Pierre Cardin house, the bubble-f0rms of the architecture have created the most visible and well-known structures of Antti Lovag. The backdrop of many editorial fashion photographs, Palais Bulles is often rented out for film festival parties and other grand events. Although most reactions to the building are visual, an important aspect of architecture in Lovag’s designs are how they can be inhabited, a term he coined as habitology. 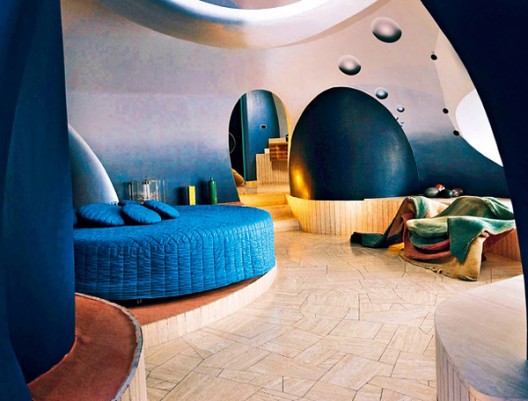 “Whether for economic reasons or lack of technical solutions, human beings have confined themselves to cubes full of dead ends and angles that impede our movement and break our harmony.” This explains Lovag’s interest in the complexity of spherical and spheroidal rooms that constitute Palais Bulles. To Lovag, the straight line is “an aggression against nature,” human nature to be more specific. 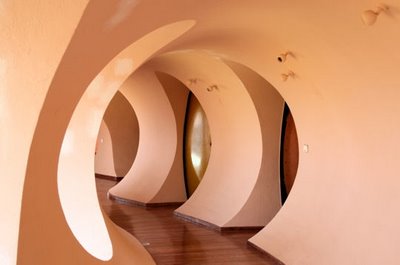 Lovag’s point is that the motion of our arms and legs throughout space trace circles, similar to a circular field of vision. “Conviviality is a circular phenomenon. The circle structures the way human life is carried out.” He explored this idea throughout his career, building prototypes and experimental structures that reflected his theories on the human body and it’s occupation of space. 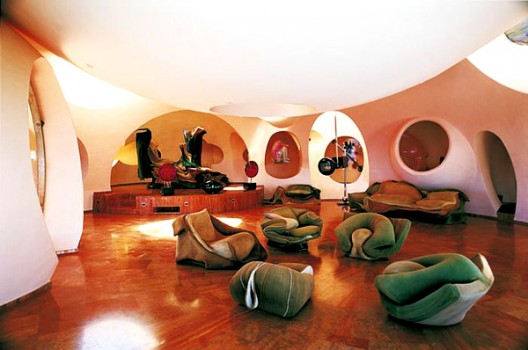 The spherical forms create sensuous interior spaces when they intersect, a bit foreign to the architect’s eye but beautiful nonetheless. Placement of the windows are typically chosen by the clients of Lovag directly on site, without any prior considerations to where he wanted to feature them. Another reason why the circle is so present in his architecture is because it “is the simplest construction; it has just one dimension, the radius.” This is unsurprisingly transformed into the three dimensional sphere, which is the lightest, strongest, most material-efficient form of them all. 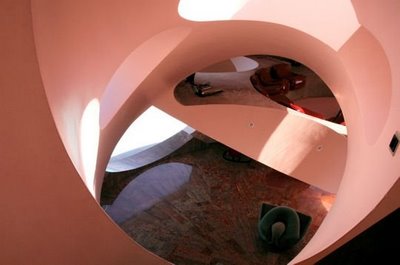 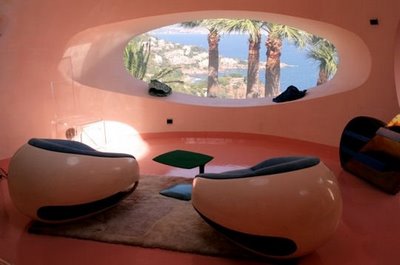 All spheres are constructed of lightweight mesh and rods, which are literally rolled around by Lovag and his accomplices (or clients) until they feel that the placement is appropriate. Concrete is then poured around the spherical frames to create what can be seen in the Palais Bulles. Lovag is not in the field for the money, but instead to pursue his passions in understanding architecture and the human body. Currently 90 years old, Lovag is still designing as he continues to study the nature of Man.