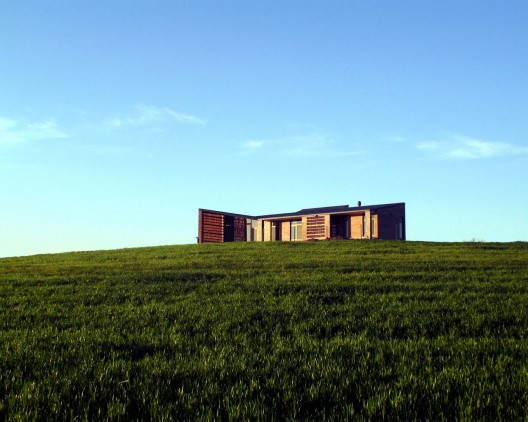 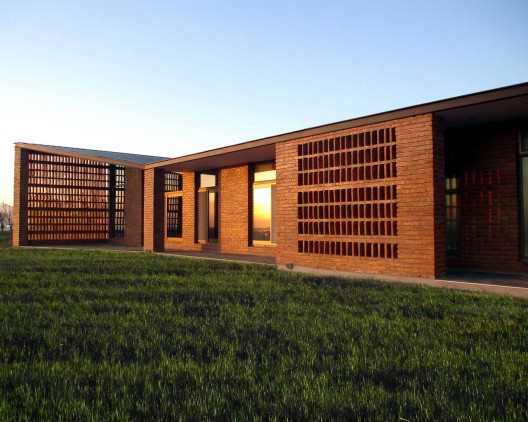 © Jorge Marsino & Y Mariaines Buzzoni
Placed on top of a hill with views of the Paraná River’s west cliffs, this house for a mature couple returning to their birthplace, has the main programatic arrangement conditions of:Compactness, in order to reduce distance between areas of the house.Spatial Zoning to carefully manage room-by-room energy consumption. Flexibility, to allow the visit of the adult children, who make extensive use of the house posibilities.

© Jorge Marsino & Y Mariaines Buzzoni
The very simple ‘T’ shape floor plan defines server and served spaces, giving priority to open views towards the river for the more noteworthy spaces, such as the living-dining room, the studio and the bedrooms. The roof accomplishes beyond its main function of covering the programatic spatial arrangement. It defines and generates an array of external in-between spaces, connected to the interior in order to give protection against the rigours of weather. This would be the case of the entrance patio, the living-room terrace and the open corridor facing the river. 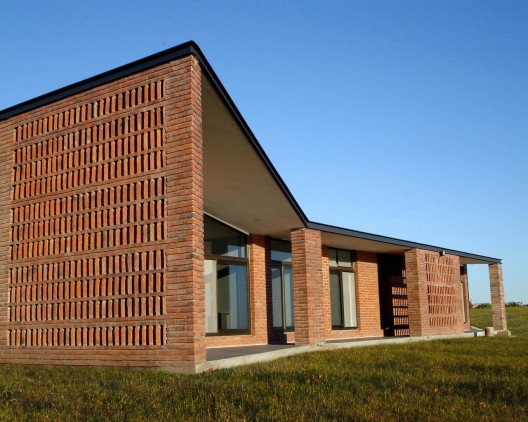 © Jorge Marsino & Y Mariaines Buzzoni
The roof as well presents a technological development, which is reflected to the interior ceiling of the house, allowing on one hand a graded control of the interior spaces, with more height for gathering spaces and less height for the private ones. On the other hand, a skylight is open as a result of this process, sunlighting the entrance space. 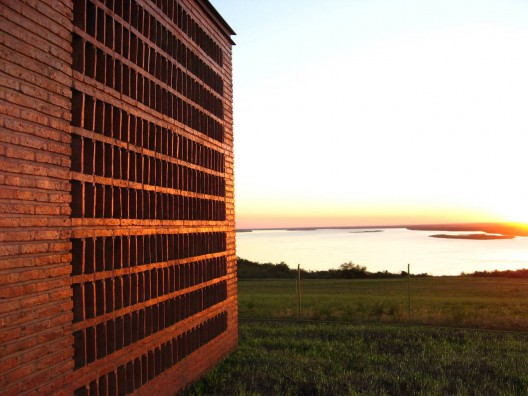 © Jorge Marsino & Y Mariaines Buzzoni
Floor and roof are connected through brick-wall-shades placed between the interior and the landscape, screening the spaces and adding them qualities. The resulting effect, together with the covered semi-exterior spaces, is of an added depth which dissolves the house boundaries and lightens the apparent volume. 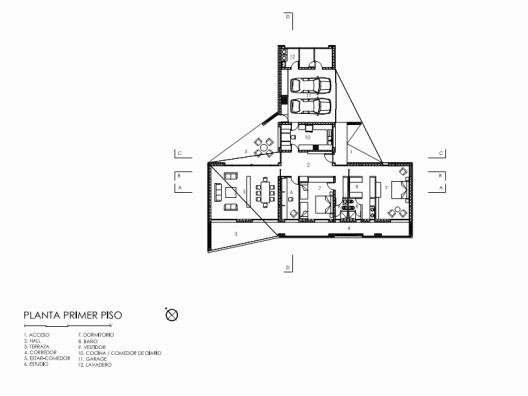 1st floor plan
The house adapts to its surroundings by taking shapes and textures of the rural context: the country house, the shed, the stable, using as well an already known and proved building system, with a knowledgeable traditional brickwork handcraft.