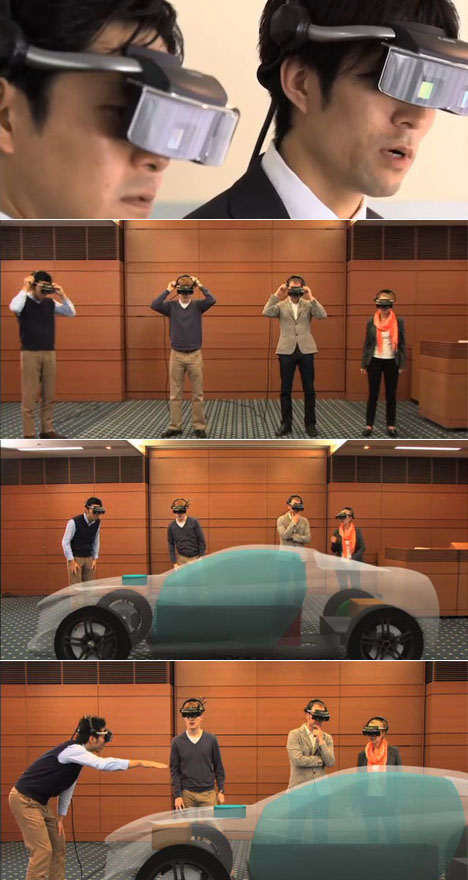 Earlier this week, Canon announced they've created a visualizing tool targeted specifically towards industrial designers: the Canon Mixed Reality System. It consists of a series of headsets worn by the design team, all linked to a processing unit. By looking through the headset, the team can then all see, from wherever they're standing, a merging of real-world and CG images that they can even interact with. 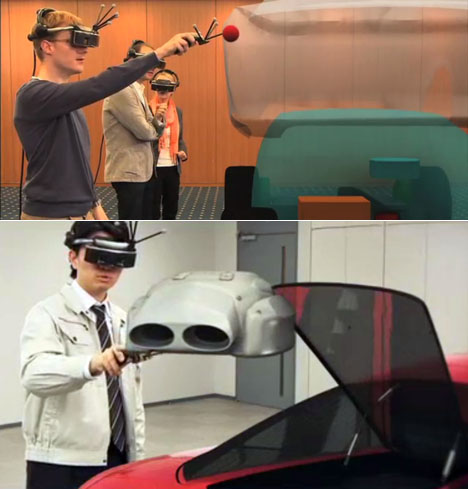 The new Canon MR System makes possible the viewing of full-scale three-dimensional CG (computer generated) images that instantly react to changes in a user's direction or movements, supporting the design process by allowing users to evaluate a product's design and operability. During the design phase, the system can help reduce the number of prototypes required and, in addition to shortening the amount of time spent on development, can contribute to minimizing costs and environmental impact. 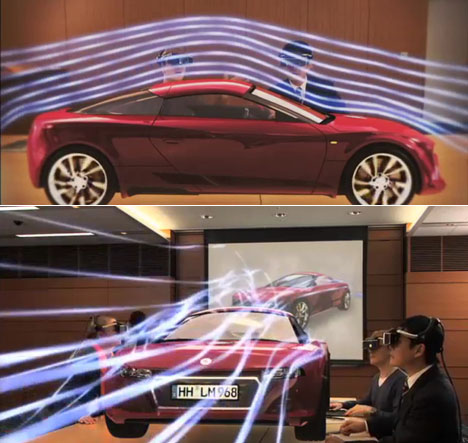 It's kind of tricky to understand just how the system works from viewing still photos, but watch the video and you'll get it right away. Canon has elected not to make it embeddable, but you can view it here. ID'ers outside of Japan, don't get too excited yet—while the system will be ready this July, it's set to roll out in Canon's home country only, at least for now.