The Parlor Pizzeria / Pathangay Architects with Aric and Jennifer Mei 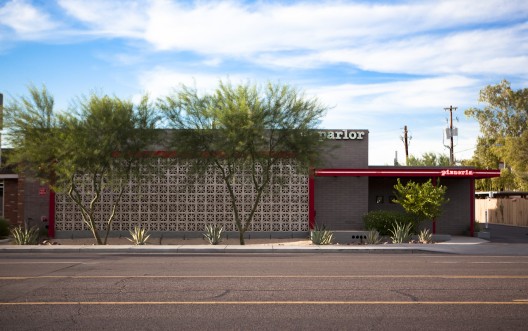 Far from Italy, in the desert city of Phoenix Arizona you can feel at ease that both great pizza and architecture are nearby. The Parlor Pizzeria, an adaptive-reuse project completed in 2009, was designed by local architect Navin Pathangay with Pathangay Architects and Phoenix based artist and restaurateur Aric Mei with help from Jennifer Mei and Blake Britton, a sculptor and furniture maker. The Parlor is a contemporary take on the traditional pizzeria, an evolution in sorts of Aric Mei’s background with pizza and his family owned Nello’s Pizzeria, which in itself is a local favorite. The combination of delicious food and mid-century modern architecture have proven to be a success with The Parlor, being recently awarded Best Pizza in Arizona by the Food Network and Pathangay Architects winning the 2011 Arizona Masonry Guild Award. 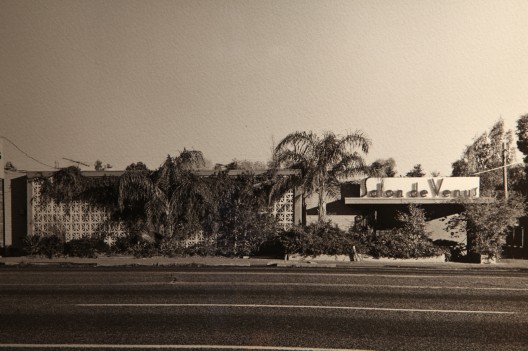 Salon de Venus
The Parlor Pizzeria occupies what once was Salon de Venus beauty parlor, a mid-century staple in the heart of the Camelback Corridor in Phoenix Arizona. Borrowing more than just from the concept of a “Parlor”, the newly adaptive-reuse project utilizes the pre-existing materials from the old building for use as some of the new projects’ main accents and features. The old beauty salon chairs became seating for the dining area bar, and what was once the old sprinkler system of Salon de Venus now becomes The Parlor’s lighting fixtures, wine storage sculpture, fire place / heater, and countless other details that allows the project to keep the essence of its historic past. 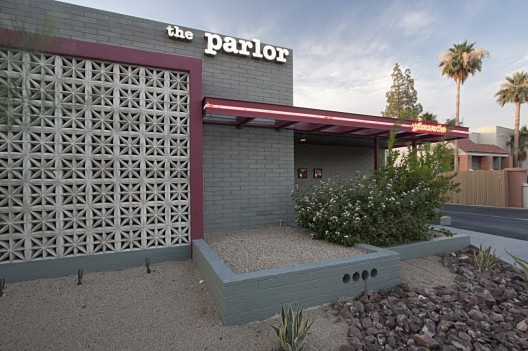 © Taube Photography
In trying to be sensitive with the history of the building, The Parlor ties the old with the new by stitching the building together. Since most of the building had to be demolished due to code standards, The Parlor utilized two of the main walls that were spared by mixing the use of 8x8x16 and 4x8x16 block, allowing to literally stitch and interlock the old walls with the new construction. The prominent decorative wall saved from the Salon de Venus serves as a light filtering element that allows for perforated light to fill the space in the day and provide a provocative glow in the evening. 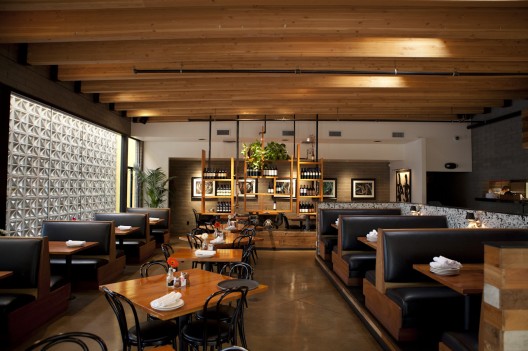 © Suad Mahmuljin - Perspectiv Studios
The interior is comprised of 95% recycled materials from the Salon de Venus to make up the millwork found within the project. The heart of the interior is the imported Italian pizza oven, warming the space and providing an extension of the kitchen to greet the patrons who choose to eat at the bar. This concept of extending spaces is seen and felt through out The Parlor, providing an adjacent dining patio that opens up into the dining room and creating a series of transitional spaces where you are both inside and outside, occupying and forming a new space, the space “in between”. 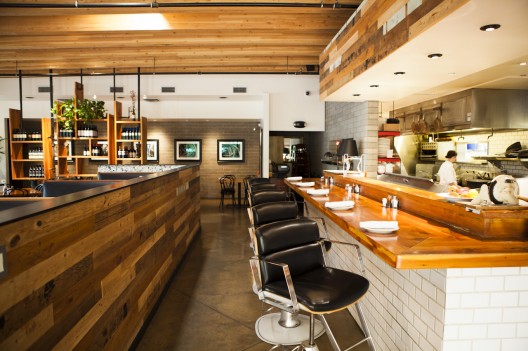 © Suad Mahmuljin - Perspectiv Studios
The Parlor is a forward thinking and energy conscious project, using thermal solar photovoltaic panels for water heating and energy creation. The staff also maintains an on-site herb and vegetable garden, further adding to the responsibleness that was implemented in the creation of this new local gem, allowing for the historic Salon de Venus to live on within the project and by also providing the systems to assure that The Parlor lives on, creating its own memories and experiences for years to come. In hindsight, what else would you expect when you combine a design team that includes an architect, an artist, and a sculptor with an award winning Italian family pizza recipe. 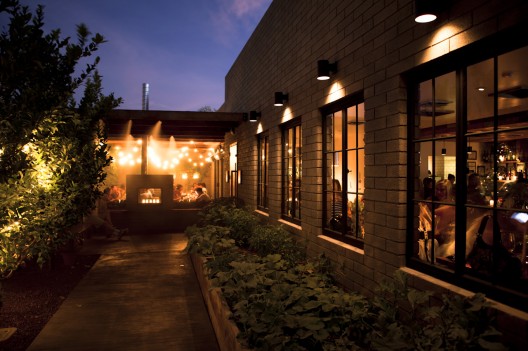