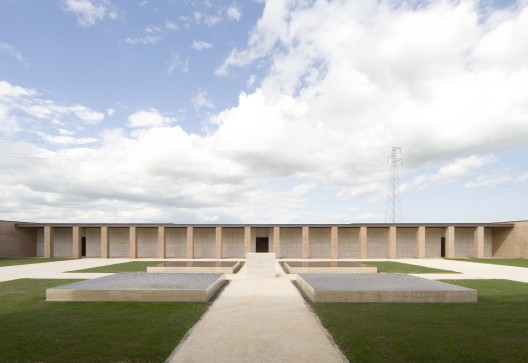 The new Temple of Cremation in Parma is located north of the Valera Cemetery, between this one and the newly built ring road, approximately one kilometer west of the city. On one side the city and the ring road, on the other one the countryside and the town of Valera, mark the references to a landscape characterized by the centuriale history of colonization and the basic Roman altomedievale roads: a civilization still readable in the Roman Domus, in the layout of roads and farms, in the Vicofertile’s Romanesque architecture. 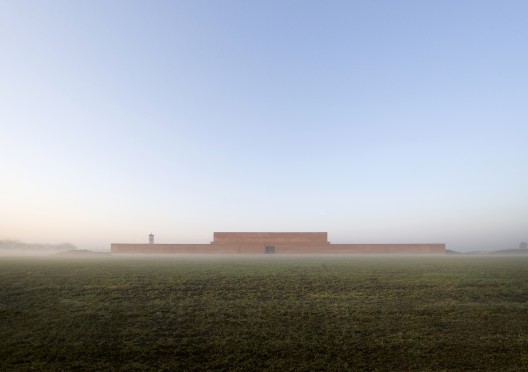 The relationship between the two fences, old and designed and that between them, the countryside and the town of Valera is the main issue addressed by the project. The fence, a fence made of architectural space that designed as a porticoed wall and inhabited by Cellari containing dust, contains, in an uninterrupted path, the relationship between life and death, establishing a reading in the sense of the ideal continuity. In the form of a large rectangle which is next to the existing cemetery the arcade, which can be reached from a parking lot located on the closer side, according to the present use of the existing cemetery, contains the moments of a hierarchy, whose architectural medium is the Temple itself, in the middle of the two dimensions. 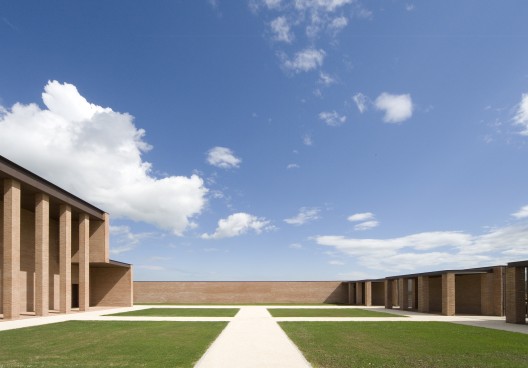 This also spatially marks the time of the rite, between exterior and interior, dividing the area where the deceased and their families is received, located near the entrance, from the Garden of sprinkling of ashes, and after construction. 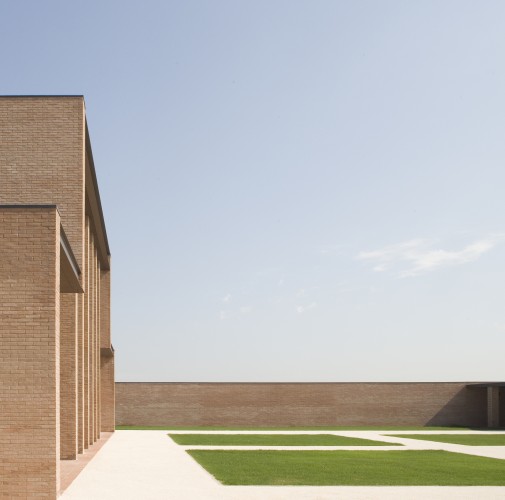 The Hall of Farewell, a square, is characterized by a vertical cut of the light on the back wall which is also the gate to transition of the body to a zenithally room lit and technical environments. The body thus disappears in the light. The crossing, with its internal rituality marks the spatial hierarchy of the different moments, which is continually reconstructed, as in a cycle of eternity from the porch, which wraps everything in an infinite and timeless journey. 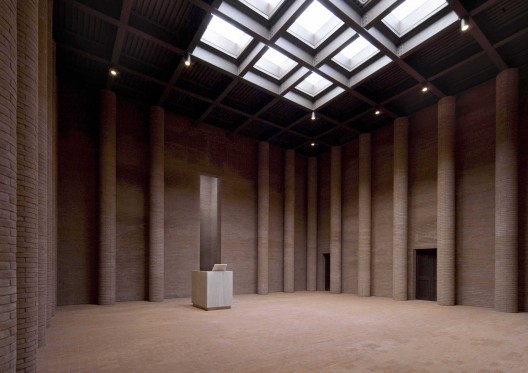 The Temple emerges within the fence, visible from afar and from those who use the bypass, such as a large fragment with the basilica plan, preceded by a large prostyle similar to the south and north, towards Valera and Parma.This piece, cut as a finding, suspends in time the rite of the passage, making it one big urban symbol in which the city celebrates, in an incessant way, the memory of itself through the memory of its dead. 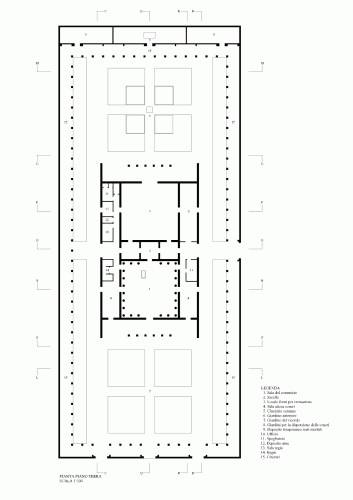