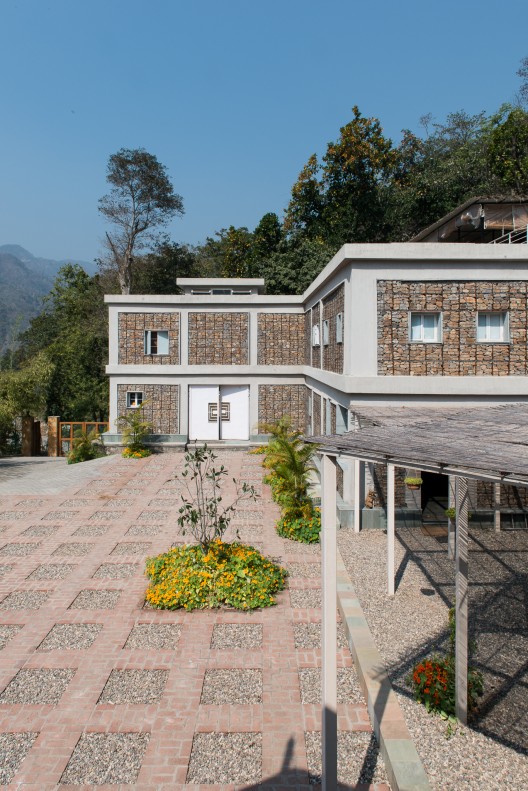 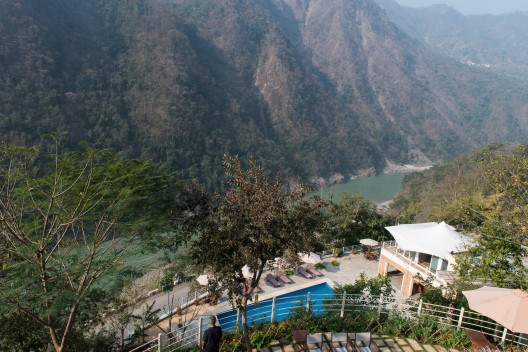 RLDA completed a ground breaking resort, Atali, 30 kilometers from Rishikesh on thebanks of the river Ganga. 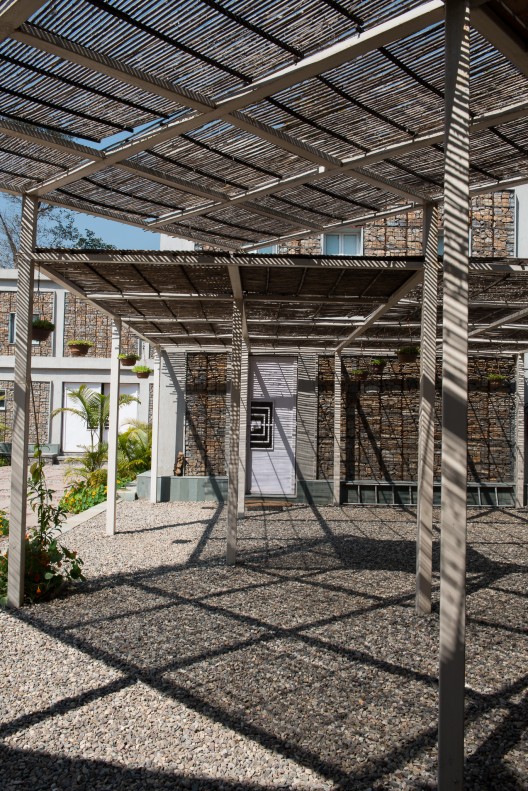 Distinguished by its use of stone, reed and steel wire, the project abandons a commonplace aesthetic and other such iconographic elements to distinguish itself in favour of a building that draws its aesthetic from the means, methods and modes of its construction. 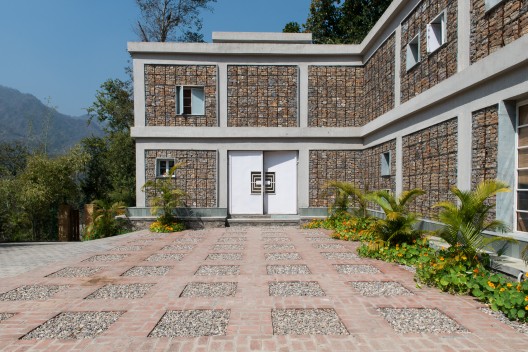 The resort consists of a stone building that houses a storage facility on the lower level and a dormitory on the upper level, a veranda with a tensile roof that frames the surrounding mountains, a cafe and cottages for guests. 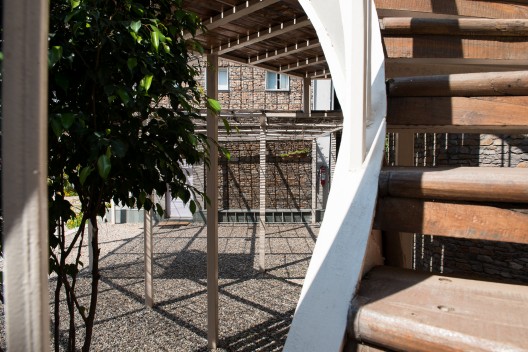 The first building, made of stone, encased in galvanized gabion boxes and tied to each other with steel wire was constructed predominantly out of material that was either found on site or excavated from it.  The suppression of a foreign image and its alignment with constructional technologies historically used to secure river embankments, aligns and situates the building within the visual and tactile vocabulary of the historic river. 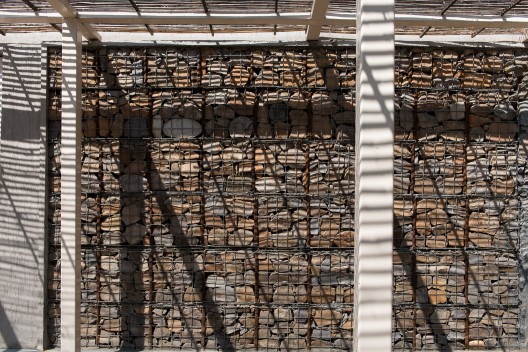 In recognition of the symbiotic relationship between the river and gabion boxes that secure its banks, and the effect of moving water in shaping the river banks, thereby  marking the passage of time, RLDA, vertically tied adjacent gabion boxes with unglavanized steel wire. 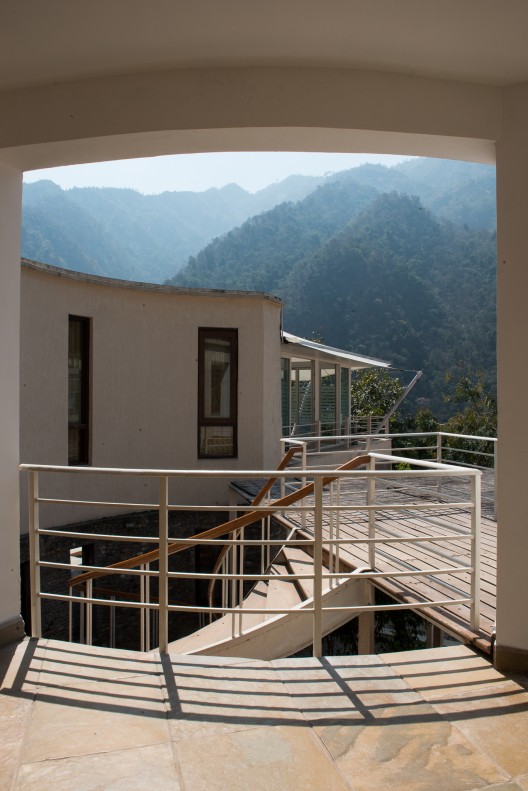 Through a process of oxidation a natural product of weathering, caused by the moist air on account of the river, the wire rusts, thereby documenting the passage of time and through its colour accentuates the verticality of the building. 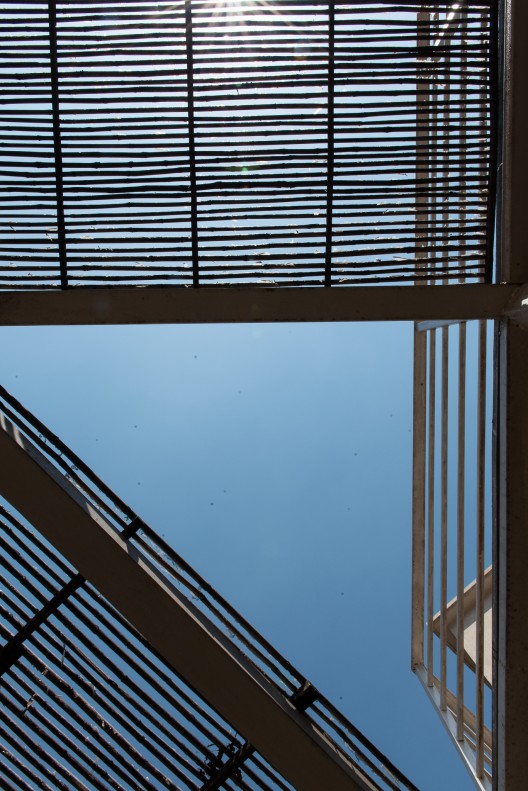 The need for natural light and views onto the surrounding hills have been provided for independently of each other.  Strategically placed square metal windows frame select portions of the surrounding landscape while two clerestories bring light into the building. 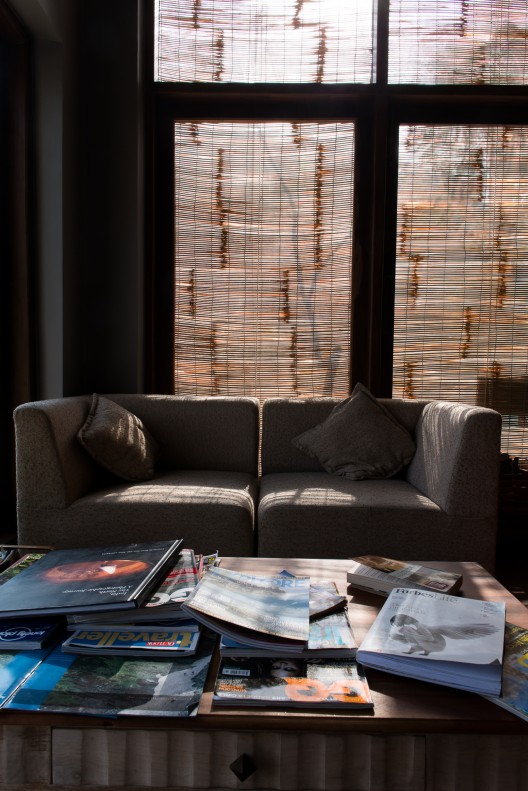 The forecourt that connects the two structures on the lower level is recognizable by the brick pavers with aggregate stone infill. It follows the same visual vocabulary as the gabion building and is the primary point of entry. 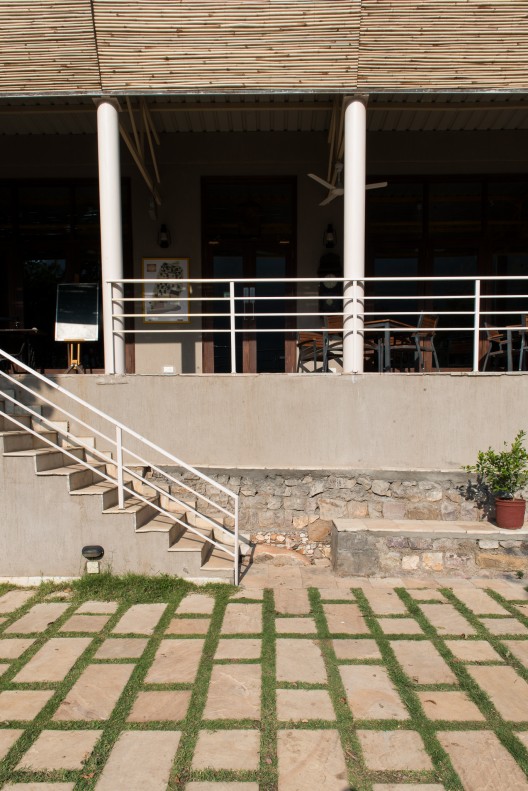 “The point of arrival is not a building or a structure, it is rather a place of “nothingness”, a space that promises through its adjacent structures a point of destination and discovery.”  Most notably, through a verandah that frames the natural landscape beyond in forces the eye to travel through it, to the hills and river beyond. Enhanced by the potent and saturated shade of orange on the verandah’s roof that compresses the space and leads people through it to the kayak pool.  This structure acts as both a transitory space and a space of refuge at the resorts entry level. A tensile roof crowns the conference room above the verandah, adding a whimsical twist to the otherwise stark geometry of the stone building and recalls the numerous tents that dot the river banks. 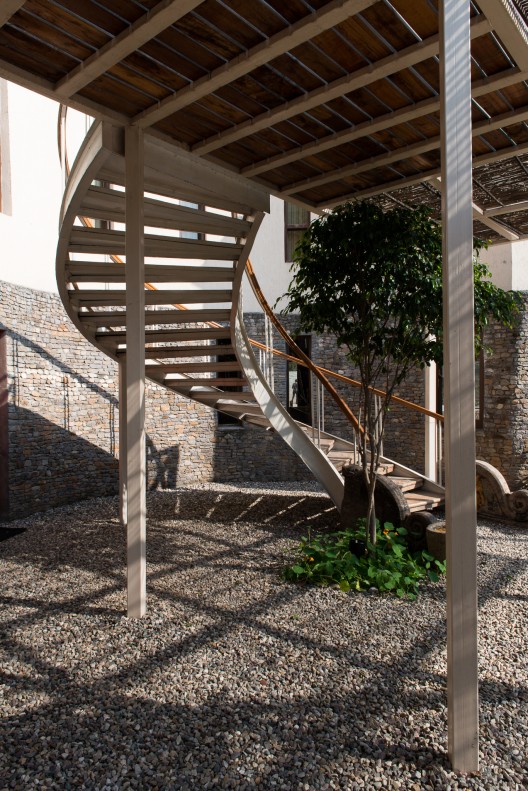 Connecting these two structures is a two level reed trellis with an elliptical staircase puncturing it. The stair, supported by a pair of stringer beams terminates in a small deck that faces the river and hills beyond. The absence of a central structural member gives the stair a sense of lightness and enhances it’s sinuous sculptural quality. It contrasts sharply with both the texture and the “weightiness” of the adjoining buildings gabions. 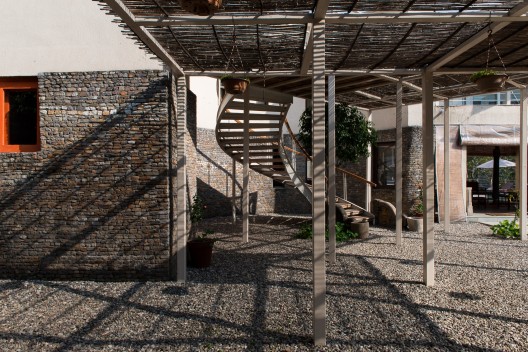 Just as the rusted steel wire, documented the passage of the seasons through a weathering process,  the complex geometric shadows, cast on the pebble floor mark the daily passage of time. 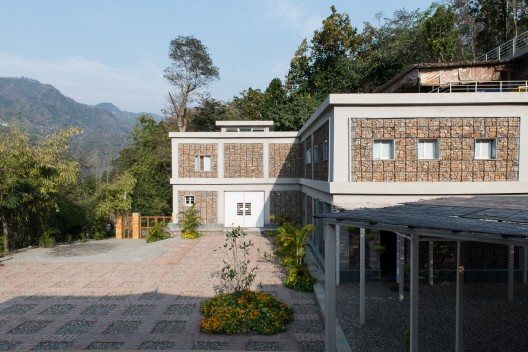 Vaibhav Kala, the promoter of the project stated that, “RLDA brought new thinking to the project, something that has benefited us greatly! Their buildings sit comfortably and responsibly on the hil, they have an ageless quality about them. People come to see the architecture!” 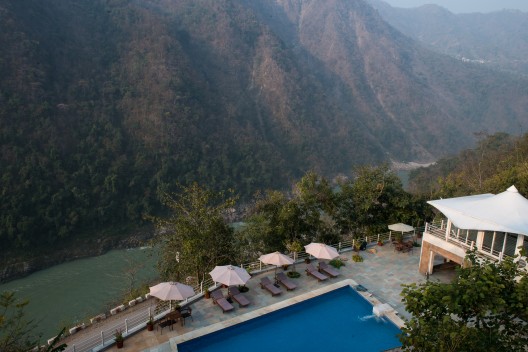 The cottages that dot the upper levels are characterized by their spartan luxuriousness.  Entered through a private verandah, a central stone wall demarcates the tripartite bathroom from the bedroom. Extensively glazed, they open themselves up to the surrounding landscape. Their location, on the hill was determined by topography, views and distance from other such units. The metal structure of the cottages were prefabricated off site. 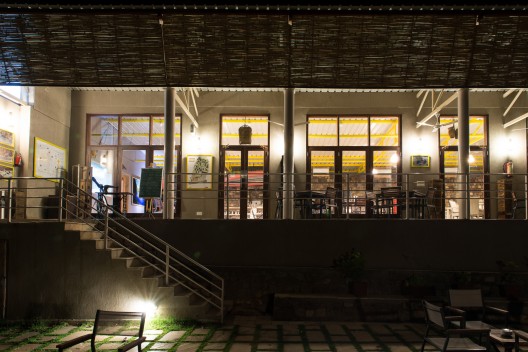 Gautam Kulkarni, an avid traveller and architecture enthusiast, “ I like travelling. I travel to see new places, for new experiences as do most people I imagine, but also to see contemporary architecture and I was delighted when I saw Atali!! Its just very smart, hard stone used in combination with soft shadows give this resort a sense of place like no other! Loved it!!” 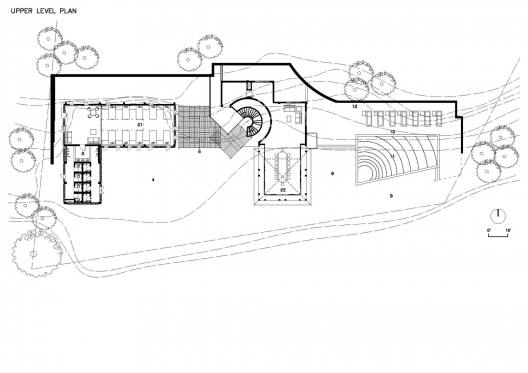